The aaa’s project R-URBAN  is one of the projects featured in the exhibition Hands-on Urbanism 1850-2012. The Right to Green, at Architekturzentrum Vienna, March, 15th 2012 – June, 25th 2012, www.azw.at  (Elke Krasny, curator – Alexandra Maringer, scenographer)

”Hands-on / practical, involving action, based on active participation Urbanism / urbanization; the culture and way of life of urban dwellers. Hands-on urbanism, bottom-up urbanism and irregular urbanization are not the exception to the rule – they are driving forces behind the urban development and often behind changes in urban policy. From the onset of industrialization, first in Europe and North America and then in the Southern hemisphere, to today’s neoliberal, developer-driven global city, the history of urban transformation processes unfolds as a sequence of critical situations. Gardening and informal settling are indicative of these crises. Taking root from below, these self-organized, self-help practices are dynamic and inspiring agencies of change” – Elke Krasny. 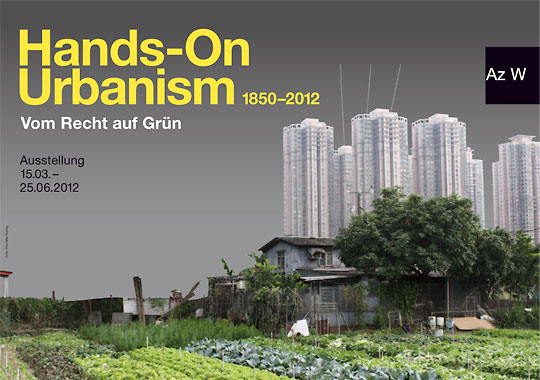